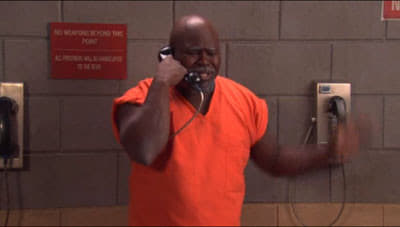 Meet London and the Competition

An owner of another elderly home nearby accuses Brown of stealing her client, Daisy LaRue. Daisy likes it at Brown’s home and decides to stay. Cora tries to tell Brown about some of Miss Daisy’s odd behavior, but he pays her no mind. Will, Brown’s nephew, comes by and explains to Brown that taking care of the elderly is going to be hard. Brown doesn’t think it will be, and as long as he gets a few more residents like Miss Daisy, he’ll be fine. To recruit more residents, Brown decides to have a bingo night and the winner gets a trip to Brown Meadows. Unfortunately, however, Brown’s plan doesn’t work. In addition, Miss Daisy’s check bounces, so he’s now in the red. Later, a fire breaks out at the home down the street and Brown gets excited because he just hit the geriatric jackpot! But to his dismay, all of the residents’ family members come to pick them up, leaving him with two mishaps: Ms. Edna and Colonel Jackson.